Shalender Kalra is a well know journalist & Editor with more than 20 years of experience in journalism. He has worked with Divya Himachal, Hidustan Times, and many other well know news papers. Shalender Kalra has written on various issues related to public, politics, environment, tourism and other issues affecting the life in Himachal. He understand the  issues and problems people face in day to day life in Himachal. The MBM News Network started in 2011 and since 2014 working aggressively with the motive of fair and fearless journalism in Hill state.

Sanjeev Awasthi is Himachal based Journalist, brand consultant and adviser. Awasthi currently works with MBM & EU based digital Agencies. As a journalist, Awasthi has written and reported feature articles for many online publications including Hindi daily Divya Himachal. Previously, Sanjeev Awasthi was the managing editor of ‘Northern Voices Online’, web portal. He has covered many investigative, Environmental and social stories.

Dinesh started his journalism career in 2000 with Amar Ujala, in 2004 he joined Dainik Bhaskar as Beuro Chief. He joined MBM News Network in 2018 as Chief Sub Editor.

Renu Kashyap started her career in journalism in 2006 with Punjab Kesari Group, She also worked with Himachal Dastak for 3 years. She is working with MBM since 2015 as Creative Head.

Working as sub editor and Video Editor since 2016. 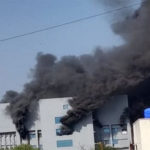 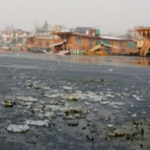