Nahan: Mohun Bagan and Sambhalpur Football Academy confirmed their semi-final place in the ONGC Himachal Pradesh Youth Football Festival with both registering comfortable wins on Friday here at the Chaugan ground. Mohun Bagan thrashed SAI Football Academy, Kangra by 13-0 while Sambhalpur FA run riot DPS Solan, defeating them 3-0. For Mohun Bagan, Satyajit Roy bagged a hat-trick as he pumped in 4 goals, three of them coming in a span of 10 minutes. Deepankar scored another four goals today to take his overall tally to 8 while Ferozuddin Mollah took his tally to 6 by scoring 3 goals today. Sanchayan and Mahadev also got their name on the score sheet. For the Odisha side, who were given a tough fight by DPS Solan, Sukhlal Basra opened their account in the 9th minute before Kamaljit doubled it in the 25th minute. Change of end saw Sukhlal adding one more to take his overall tally to four goals in the tournament. On Thursday, Prayag United SC also started their campaign on a thumping note, trouncing Dynamic Soccer Academy, Jhanda Sahib 6-0. Vivek Paul and Subroto Mall scored a brace in the first half and the second half respectively while Surjit Barman and Sandeep scored one each in each half. However, Pune FC had a disappointing start as they succumbed to 0-5 defeat against Mahalpur Football Academy, Punjab under floodlights. Sanjay made it 1-0 just at the stroke of half-time. But after the lemon break, the Punjab team came all out attacking with Gurpreet scoring the second goal in the 34thminute before Sanjay got his 2nd goal. In the dying minutes, Jitender scored a brace to make the scoreline an embarrassing 5-0 against Pune FC. On Saturday, Calicut FA will meet SAI Kangra in the first round while Yamuna Nagar FA and DPS Solan will face off post lunch. In the evening, Pune FC will play DFA Solan as the floodlight match has been reserved for the host DFA Sirmour and Dynamic Soccer Academy.

Nahan : Come September 9 and the town of Nahan in Sirmour will witness a miracle that will surely keep the people talking for years to come. Uttam Das, the famous juggler from Kolkata, will perform in the closing ceremony of the ONGC Himachal Pradesh Youth Football Festival at Nahan on September 9. Uttam, a Kolkata lad, can mesmerize the crowd with his football skills. He can balance a football on his head while driving a bike at a speed of over 350km/h on roads. He can swim long distance while balancing a football on his head. If you think this is it, brace yourself for more. He can climb down 90 steps of a staircase with two footballs under his feet, that too facing backward. Walking with the two footballs under his feet is a Childs’ play for him as he can do his daily activities with them too. Uttam Das has performed in various reality shows as well as in special events during football tournaments. During Maradona’s visit to Kolkata, the Argentine was so impressed with the juggler that he embraced him. The 31-year-old also has his name etched in the Limca Book of World Record in 2003.

Nahan : Mohun Bagan U-14 team and Sambalpur Academy, Odisha kicked off their campaign on a high note today in the 1st ONGC Himachal Pradesh Youth Football Festival at Nahan. In a perfect weather for football, the people of Nahan were treated with great exhibition of the game when Mohun Bagan thrashed Kalicut Football Academy 9-0 in a Group A match. If that was not enough, Sambhalpur Football Academy provided more to cheer when they pumped in 13 goals against Yamunanagar Football Academy, Haryana in a Group B encounter. Ferozuddin Mollah opened the scoring for Mohun Bagan as early as in the 3rd minute when he slotted in a Deepankar cross from the left. The duo scored 7 goals in between them – Deepankar scoring 4 goals (14, 18, 59, 80 Mins) while Ferozuddin scoring 3 (3, 57, 72 Mins). Sanchayan and Arghadeep scored one each. For the Odisha side, Vishnu opened the floodgates in the 6th minute as he went on to score three goals. Shaw and Sukhlal scored a brace with each goal of them coming within minute of each other. Chandan, Damain, Rajouram, Sanjaya, Wahid and Kamaljeet also got their name in the scorers’ list. Later in the day, Pune FC will take on Malpur Football Academy, Punjab in a Group C match while Prayag United FC will lock horns with Dynamic Soccer Academy, Jandha Sahib. The four local teams that qualified for the main phase of the tournament are SAI Football Academy Kangra, DPS Solan, DFA Solan and host DFA Sirmour. SAI Kangra are clubbed with Mohun Bagan and Kalicut Football Academy in Group A while DPS Solan have Sambalpur Football Academy and Yamuna Nagar Football Academy in Group B. Group C have DFA Solan along with Malpur Football Academy and Pune FC while host DFA Sirmour are clubbed in Group D with Prayag United and Dynamic Soccer Academy Jandha Sahib. On Friday, all the local teams will be action with SAI Kangra taking on Mohun Bagan in the first match of the day at 11 AM.  DPS Solan will face Sambalpur in the 2nd match at 2.30 PM while the 3rd round will see DFA Solan facing Malpur at 5 PM. In the last match of the day, to be played under floodlights at 7 PM, host DFA Sirmour will lock horns with Prayag United SC.

Nahan : After the perfect opening ceremony yesterday, ONGC Himachal Pradesh Football festival had a splendid second day with attractive brand of football being played out by teams participating from all over the state. The day started on a high note with DFA Solan thrashing DFA Kangra 7-0. Luv Preet hit the back of the net three times in a space of five minutes, getting the first hat-trick of the ONGC Youth Football Festival. Debakar opened the scoring as early as in the second minutes before Sudhir hit a brace in the 14 and 24 minutes. And to round off the match, Jaspreet added the 7th in the 43rd minute of the game. However, the Solan team had to bow out of the tournament in the hard fought second round match against DFA Una. After the scoreline was locked at 1-1 at the end of the stipulated 60 minutes, the winner was decided through tie-breaker where Una defeated Solan 4-2. Meanwhile SAI Kangra entered the main phase of the tournament where they will battle it out for the trophy with top teams from other states. After defeating DFA Mandi 5-2 in the morning, they run riot the host Sirmour Red 2-0. In the morning, Chander scored three goals and added two more in evening against the host to take his tally to 5. Sajan and Himangshu scored the other two goals in their 5-2 win against DFA Mandi. Meanwhile the match between Pinegrow School, Solan and DFA Hamirpur turned out to be the most intensively battled one with the former losing out by a goal. Ishant Rana was the hero for the Hamirpur side, scoring in the 40th minute. The two other  match of the day turned out to be a one sided affair where Hosts’ 2nd team, Sirmour Blue, thrashed DFA Kirnoor 9-0 while Dharamshala Football Academy thrashed DFA Shimla 6-0. For Sirmour, Amit scored 3 goals, Ranjan and Kapil scored 2 each while Vivek and Vikram got one each. And for the team from Dharamshala, Deepak was the star player who pumped in three goals as Abhilakshya scored two. Mukh also scored one. With three other teams from the state to be decided later today, the main phase of the tournament will kick off tomorrow where 4 state teams will rub shoulders with teams from other parts of the country.

This poll is no longer accepting votes 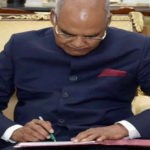