You are here: Home / मुख्य समाचार / Himachal, Haryana comes to blows over pollution in Markanda River

The samiti organised a meeting on the border of Kala Amb industrial area on Sunday.

The samiti alleged that untreated and partially treated effluents from industrial units located in Kala Amb in Himachal Pradesh was being discharged into Markanda River, a tributary of Ghaggar river, which is causing pollution in several places in Haryana.

Environment minister Capt Ajay Singh Yadav in his reply in the assembly on February 27 had stated that the Haryana government was taking all possible measures for controlling pollution in Markanda and Ghaggar Rivers.

The minister had also stated that bio-chemical oxygen demand (BOD) value of Jattanwala Nullah falling in Markanda river ranges from 420-520 mg per litre and the BOD value in the water of Markanda River ranged from 106-385 mg per litre as against the permissible limit of 3 mg.

Chief of the samiti Bal Kishan Goyal said the issue was raised before the Haryana government and added if the Himachal government failed to initiate adequate steps in the matter, the samiti would be forced to launch an agitation.

Meanwhile, the hill state rejected the allegations levelled by villagers of Haryana. President of the Kala Amb chamber of commerce Umesh Garg said in the past few years, the population in the adjoining areas of Industrial Area located in Haryana under Naraingarh subdivision have increased sharply, which was the main reason for pollution in the river. He said no unit was discharging water and other waste without treatment in the water and added that the norms of the central pollution control board are very strict.

Meanwhile, member secretary of the state pollution control board Sanjay Sood said the board was also worried over the sentiments of people of the neighbouring state, but every allegation levelled by them could not be accepted. He said the board was on the job to finalise the report on pollution in Markanda River and it would be finalized in a couple of days. 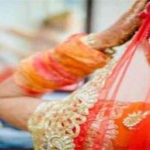 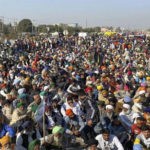